In terms of performance and benefits, major carriers have always outshined sub-carriers. When comparing Spectrum Mobile vs ATT today, you'll see that the two provide much to appreciate, especially regarding browsing data. AT&T is the primary carrier that works on its own network towers in this case. Then Spectrum Mobile is a mobile virtual network operator or sub-carrier that generally operates on Verizon cell sites. These two service providers are compared based on contracts, data capping, customer service, etc. So, let's get down to the business and see which carrier provides the best to its customers.

There are many factors based on which the comparison has been made. Some of them are as follows:

Both AT&T and Spectrum offer their services with no contract. So, you're free to choose any plan and change it whenever you want without paying any termination fees.

AT&T has a data cap of 22GB per billing cycle, while Spectrum doesn't have any data cap, which is great news for people who use a lot of data.

In terms of customer service, both AT&T and Spectrum get good reviews. However, AT & T has the edge over Spectrum in this department as it offers more 24/7 support options such as live chat and phone support. Spectrum also offers phone support, but it's not available 24/7.

Spectrum is a major internet service provider (ISP) with over 32 million subscribers. They provide internet services in almost every location throughout the United States, but they aren't always accessible in your area. They serve 102.7 million customers and have coverage in almost every state of the country. New York, Texas, and California are their primary operational centers.

In Spectrum mobile Vs ATT, the latter outruns the former. Spectrum's coverage is limited to 14 states, while AT&T services are accessible in 22 states, leading you to believe that Spectrum is the winner. AT&T serves a more significant number of customers at 122.8 million people than Spectrum does. Regarding availability, AT&T has a narrower operating zone but wins based on the number of individuals accessing its services.

AT & T offers nearly six times the amount of plans Spectrum does, so if you're looking for a provider with many options, AT & T is your best bet. However, both companies offer bundling deals for their internet and TV services.

AT&T is much better than Spectrum; their max speed with bundles is over twice as fast. That said, Spectrum Internet Ultra's maximum download speed for the highest level of their service is 400 Mbps. However, AT&T offers several bundle options at 1,000 Mbps, including television channels and phone service.

Pros and cons of Spectrum Mobile Vs ATT

There are many things to consider when choosing an ISP, but ultimately it comes down to what's important to you. Spectrum is your best option if you need a provider with incredible speeds and no data caps. However, if you're looking for more bundling options and 24/7 customer support, AT & T is the better choice.

Spectrum Mobile's biggest flaw is its family plans, one of the company's greatest flaws. Compared to traditional carriers, there isn't much motivation for you to combine your lines. The unlimited price was $45 per person. You can share tiered data on several lines, but it might be costly. For example, sharing 5 GB of data will cost you $70 plus a fee for each Line.

AT&T's discounts for multiple lines are hardly competitive. For example, two lines of unlimited data with AT&T costs $120/month compared to only $90/month with Spectrum. Although Spectrum seems like a better deal, it's not the best company you could choose.

Winner: Although Spectrum may offer some good deals, you'll be better off exploring the options with other carriers.

Spectrum Mobile Vs AT&T which one has a Better Network?

AT&T is often rated number one in terms of coverage, with over 99% of people covered. You can get mobile service in some truly remote places thanks to it. However, AT&T does not do as well with performance and comes second or third place (alternating in rankings with T-Mobile). Overall, it has solid nationwide coverage, which is why it remains the largest wireless provider in the United States.

While on the other hand, Spectrum relies on Verizon's top-ranked network with exceptional performance and nationwide coverage. Furthermore, you will have access to 500,000 of Spectrum's hotspots located throughout the country, giving you both data savings as well as increased download speeds.

Is it worth switching from AT&T to Spectrum? If you're already a Spectrum Internet customer, the answer is yes. For $20 cheaper (or more) per month, you may get an unlimited plan on the country's best network. You'll have to give up a few things, such as perks and customer service, but how much do you really need those if you can save hundreds of dollars each year?

To summarize neither is a fantastic career. You can't get this service if you're not a Spectrum Internet subscriber. Spectrum's features are sorely lacking even compared to low-cost alternatives like Straight Talk or TracFone.

If you're primarily worried about your monthly budget, go with one of these carriers or another MVNO. If you want the perfect fusion of quality and affordability, look into T-Mobile. Don't forget to keep tabs on Spectrum's development; if they make the right changes, they might become the thriftiest carrier. 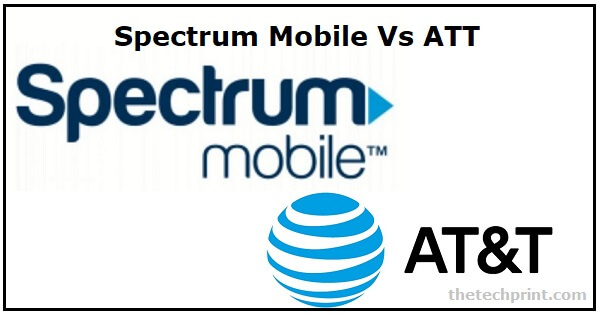 Is AT&T better than Spectrum?

AT&T offers fiber at higher speeds than Spectrum's cable, and it's cheaper too. AT&T also has symmetrical upload and download speeds, making it the better choice.

Is AT&T more expensive than Spectrum?

AT&T and Spectrum are comparable in pricing—but only if you live in an AT&T Fiber coverage area. If you have just AT&T DSL, look to Spectrum for low prices on fast speeds. Speeds: AT&T provides speeds up to 5,000 Mbps, whereas Spectrum goes up to 1,000 Mbps.

Is Spectrum the same as AT&T?

AT&T is not connected with Spectrum currently, so their plans and prices are different. Here are some of Spectrum's most popular choices at a reasonable cost.

How do I switch from AT&T to Spectrum?

AT&T service must be accessible at your address. If fiber isn't listed as an option for your address, there's no indication that you'll be able to switch to AT&T Fiber any time soon. The service would need to be available to addresses on both sides of your address on the same side of the street.