Pros and Cons of Apple VR

Apple VR headset, a high-end device, combines virtual and augmented realities. The headset will soon be available on the market, and it is expected to compete with the major brands. The people speaking on anonymity said that development problems related to overheating and software have made it difficult to keep track. Though VR headsets from other companies, meanwhile, have been more successful. This unpredictability brings many to consider the Pros and Cons of Apple VR.

What are the Pros of Apple VR?

Apple's dedicated headset will not only focus on augmented reality but virtual reality as well. An early report by Bloomberg in 2021 gives you a lot of detail. Details sourced from an Apple insider. They were revealed at an Apple employee meeting in 2020. In this meeting, execs discussed exciting new features that will ship with the headset. So, here are some of the pros of Apple VR headsets you must be amazed about.

Apple's first headset supports AR and VR capabilities. This is commonly referred to as "mixed Reality". Although they are both similar technologies, their potential applications differ.

The headset's general design is similar to the Facebook-owned Oculus Qest 2, but with a more modern design (it's an Apple product, after all) and lighter fabrics that allow for a more comfortable fit over long sessions.

2. Better Performance will be Among the Major Pros of Apple VR Headset

Bloomberg reports that the headset is an Apple-designed chip, which is more powerful than the Mac-focused M1 chipset. According to Bloomberg, it also includes a high-resolution display and cameras that enable users to read small text and see other people standing behind and in front of virtual objects.

The headset may include two 8K displays. This would make it a league above its current competitors. Many TVs don't have 8K resolution. The headset will reportedly use two 4K Micro OLED Sony displays for high-end AR/VR experiences. That’s where the display will be one of the possible pros of Apple VR sets.

The Information reports that Apple plans to include eye-tracking technology in its high-resolution displays. This will allow the headset to "fully render only the parts where the user is looking" and decrease overall computing requirements without noticeable visual degradation.

Apple is reportedly creating a dedicated App Store to sell the headset. It will place a special emphasis on streaming video content, gaming, and virtual communication, much like Oculus' standalone headset. Bloomberg reports that the headset will provide a 3-D digital environment for gaming, streaming, and catching up with friends or colleagues, depending on your setup.

What are the Cons of Apple VR?

The pros are pretty much to be excited about for geeks and techies. Though, there are some cons of Apple VR headsets you should also heed to. Here are some of the ones to start with:

New reports suggest that Apple's mixed reality headset, which is rumored to be the future of Apple, could be delayed until 2023 because of overheating issues. The AR/VR headset was to be unveiled at WWDC in June.

According to the same Bloomberg report, things look very dicey. The headset, which is expected to have multiple displays and an M series chip inside, is reportedly getting too hot. This could lead to a delay.

Apple's product will combine both technologies into one device, giving the company a chance to make a mark in this still-developing industry. Although the headset won't be an iPhone-like success from the beginning, it will be an expensive niche product. However, the device could be a catalyst for larger moneymakers over the coming years. It isn't easy to get such a product in front of customers. According to people familiar with the matter, Apple informed supply-chain partners recently that the device won't likely be released before 2023.

3. Plenty of Testing will be one of many cons of Apple VR

Apple is considering delaying the launch of its mixed-reality VR/AR headset due to software, overheating, and camera issues. These problems will likely to remain at the back of the mind of prospective customers. This is one of the major drawbacks of Apple VR as customers and many competitors are already there in the market.

The New York Times reports that Apple's push for augmented reality has caused a lot of division. Two team members left the project due to concerns about the headset's impact on how people interact with it. According to The Times, these concerns have only grown alongside growing concern over screen time with children. As with every VR, one of those concerns is that it could "alienate users" and cut them off from the outside.

It’s still a matter of debate whether the VR from Apple will be a boon or a bane for the users. Pretty much depends on the real-time testing and reviews from real users. Apple employing the best of their engineers means there are more possibilities to see a win-win for everyone in the end. 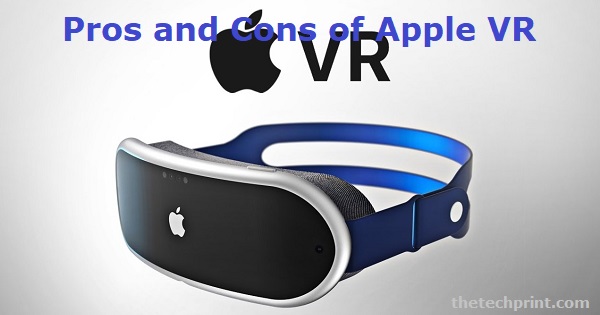 Is Apple Working on AR or VR?

Is Apple getting VR?

According to Ming-Chi Kuo, an Apple analyst, Apple expects to ship 1.5 million units of its AR/VR headset by 2023. Kuo stated in a research note that Apple will announce its long-rumored mixed reality headset at an event in January 2023.

Does Oculus Quest2 work with Apple?

Although an iPhone must sync with Apple Health, the Oculus smartphone app will work on iOS and Android.

Will Apple VR work with Steam?

Your Mac must meet the requirements for 360o video editing. You also need to install Steam software. Visit the SteamVR support page and review the documentation that came with the headset.